Running alone without music is tough experience, if you have a wired earbuds it’s not quiet easy to manage cable while you move. Escape from cable, a set of wireless bluetooth earbuds does that.

But earbuds is not simply music, they are now integrated more smart features, including heart rate tracking that many athletes are mostly interested in. At Mobile World Congress 2015, up-comming mobile products are present, and Huawei announced their first smart earbuds, Huawei’s TalkBand N1. 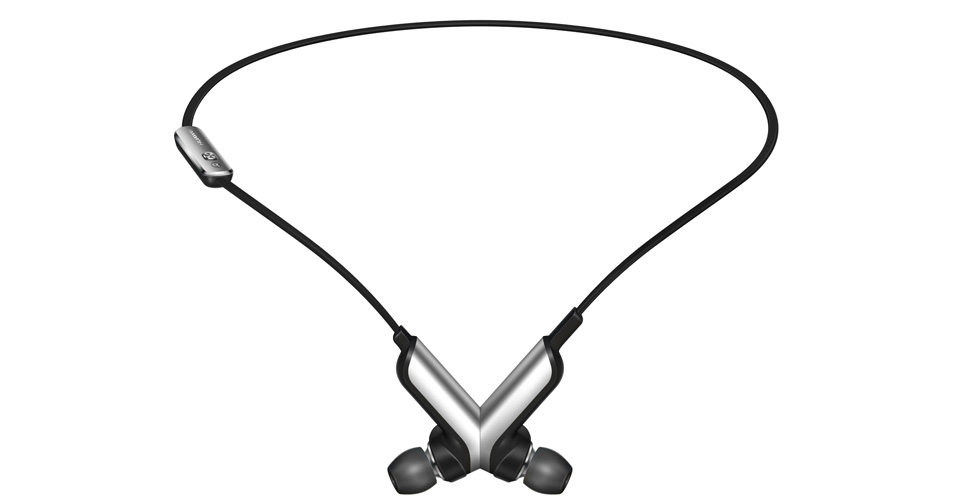 These wireless earbuds exploited the AptX for pairing with the smart device, Huawei promised that users will get the premium sound that built-in drivers can produce.

Like Bragi Dash, N1 hosts 4G Memory and can store up to 1000 songs. Built-in MP3 decoder lets you play music without your phone if you need to. Wonder how long these earbuds can play music, most wireless earbuds’ battery life is 6 hours, TalkBand can work just more than that a bit.

Designed to be worn behind the neck, N1 buds can magnetically clip up when not in use. The only thing you may not feel comfortable with, perhaps earbud housing have to hold up a lot of thing, including dirvers and mp3 players, so are a little large, however they’re lightweight, just 18g. TalkBand N1 is a waterproof earbuds, and you can throw N1-level IPX-7  into the water but be sure it’s not deeper than 1m.

There is a companion app used to monitor your fitness, which will sync with the accelerometer for counting your steps and evaluating calories burned.

TalkBand N1 will be avialable for order in May/2015 and cost around $133, cheaper than other smart earbuds like ($177) Jabra SPORT PULSE or LG HRM, but they can’t play music without pairing with your phones.

This site uses Akismet to reduce spam. Learn how your comment data is processed.